Shahid Kapoor and Mira Rajput Kapoor had an arranged marriage back in 2015. The star wife who is now a lifestyle blogged hails from Delhi and had an amazing academic life. She even interned at the United Nations (UN) during her college days. We came across one of the photos from her internship days and it’s none other than with Hollywood superstar Tom Cruise. Yes, Mira got a chance to meet the ‘Mission: Impossible’ star.

In the photo, Mira is seen in a white outfit and on the other hand, Tom looked dapper as he suited up in style. People earlier speculated that Mira is actually posing with Tom’s wax statue. 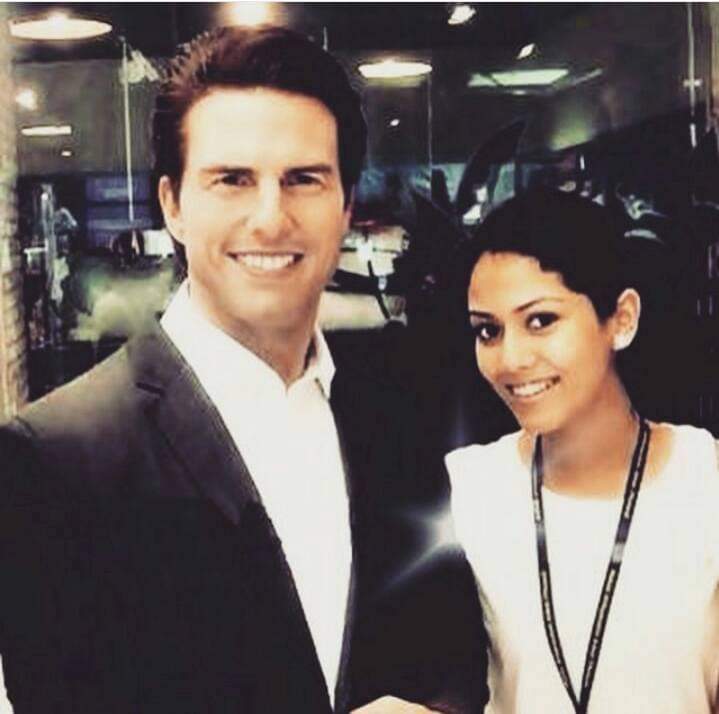 Meanwhile, Shahid and Mira had an Anand Karaj ceremony in Delhi. Talking about the same, Mira had told Vogue Wedding Book 2019, “The Anand Karaj ceremony was my favourite moment from the wedding. It was just a room full of our people, celebrating us, perfect strangers who were going to take this insane journey together. Even though it’s just been four years, a large part of who I am has been formed since the day we got married. We were relieved! The formalities were over, and we could now start sharing our lives.”

Mira had also revealed that she has asked Shahid to renew their wedding vows. The lifestyle blogger shared, “He’s promised me we’re going to do it again!”

The couple is proud parents to two kids Misha Kapoor and Zain Kapoor. Talking about distributing parental duties between Shahid and her, Mira had said, “It used to happen. But I am so happy that both of us are in sync. Because I feel co-parenting is really important and it’s essential to keeping yourself and your family happy and sane. Because once you become one, you are a parent for the rest of your life. It’s an endless job but you don’t need to make it endless without any breaks, and that’s where co-parenting really helps.”