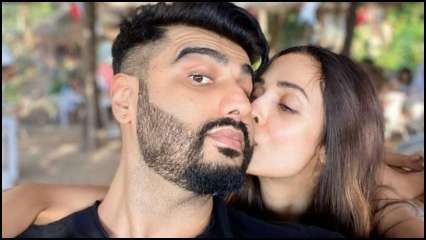 Actor Arjun Kapoor celebrated his 36th birthday a few days ago. He rang in his special day in the presence of his friends and family. Arjun has now penned an emotional note on Instagram sharing how tired and confused he was a year ago. He has also thanked his friends, family and ‘baby’ Malaika Arora for always standing by his side.

Arjun shared a photo from hi birthday lunch where he looks pensive as stares outside the window. The actor ofcource looks swoon worthy with the birthday glow on his face. While captioning the photo Arjun wrote, “Was caught lost in thought at the birthday lunch…What a difference a year makes…A year ago I was deflated, tired & confused.”

He added, “Today I sit ready with new energy, vigour & determination to face any curveball life throws my way… I just want to acknowledge all those close to me who have believed in me, supported me & cared for me. My work mates, friends, family & my baby thank u for standing by my side. Photo credit – @malaikaaroraofficial (she makes me look good).”

Arjun hosted a late night bash at Taj Colaba to ring in his birthday the year. The party was attended by his sisters Khushi Kapoor, Janhvi Kapoor, Anshula Kapoor, lovebirds, Alia Bhatt and Ranbir Kapoor, Karan Johar, Ranveer Singh and south star Vijay Devarakonda among others.

Arjun has been in the news for his relationship to Malaika Arora. It was reported last month that Arjun has purchased a luxurious property worth Rs 20 crore which is close to his lady love’s place.

Arjun has been riding high on the success of his film ‘Sandeep Aur Pinky Faraar’ opposite Parineeti Chopra. He was last seen in ‘Sardar Ka Grandson’ which also starred Neena Gupta in the lead role. Arjun is now waiting for his upcoming movie ‘Ek Villain Returns’ with John Abraham, Disha Patani and Tara Sutaria. The film is directed by Mohit Suri.