Mumbai: Bigg Boss 12 contestant Srishty Rode has undergone surgery. While the details of the same have been kept under the wraps, the actor shared a picture of herself from the hospital thanking all her well-wishers for praying for her good health. Srishty made a note in her Instagram stories and mentioned that she has been admitted to the hospital for the last five days. Also Read – Aly Goni Sends Birthday Love To Jasmin Bhasin With This Adorable Bigg Boss Edit, Fans Call It ‘Most Awaited Post’

Srishty revealed to her fans that she had surgery five days back and she’s recuperating currently. The actor could be seen resting on a bed wearing a hospital gown. She also made a victory sign while posing for the picture. “Just before I went in for the surgery! It’s been five days! Still in the hospital but recovering! Thank you so much for the good wishes (sic),” she wrote on Instagram. Also Read – Bigg Boss 15: Ankita Lokhande Refutes Reports Of Participating In The Show, Says ‘People Are Sending Me Their Hatred’ 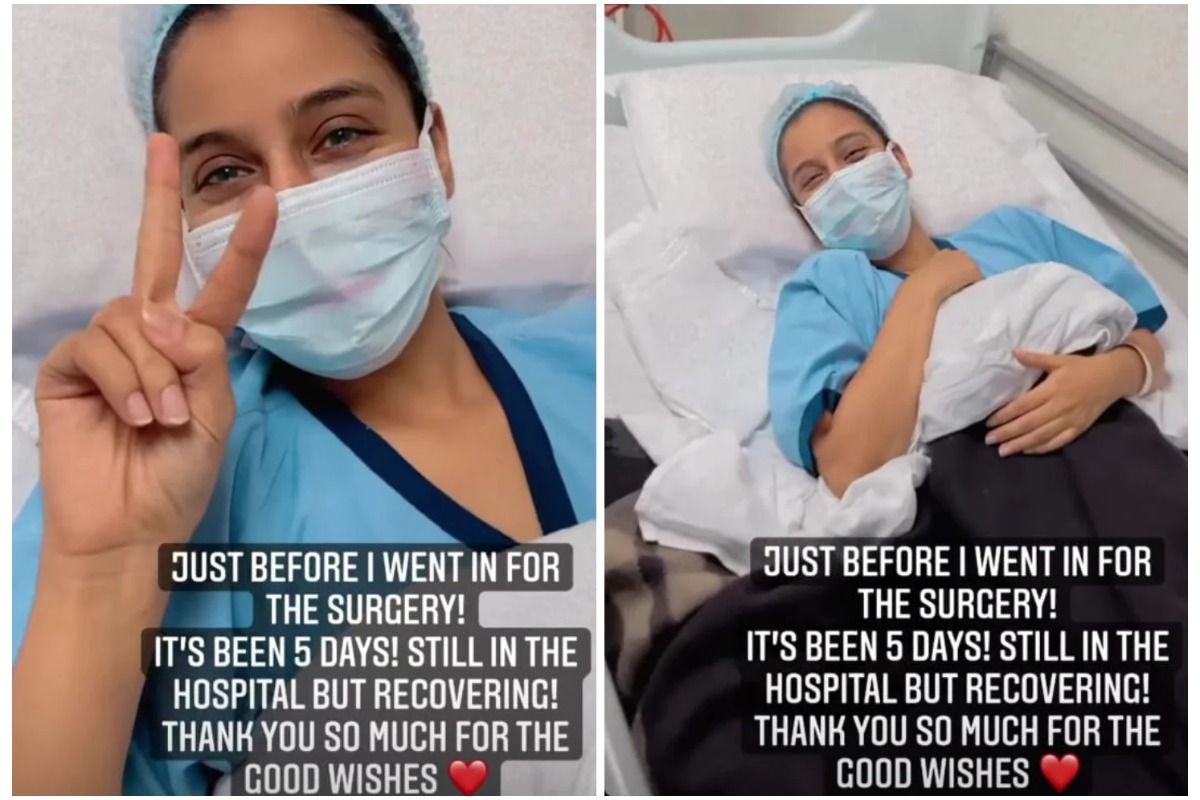 While the reason behind the surgery is still unknown, Srishty’s fans are relieved to hear that she’s recovering well. Earlier, she made a post on Instagram in which she dropped a picture of herself and asked her fans to wish her good luck. She didn’t reveal the reason behind the same in the post. Also Read – Rubina Dilaik Puts Her Bigg Boss 14 Victory Gown For Virtual Charity Sale to Support LGBTQIA+

Apart from working in many daily soaps, Srishty appeared in season 12 of the reality show Bigg Boss. However, she got eliminated, and later, she mentioned that she had participated in the wrong season where she could not show her real personality. She was quoted as saying, “Not really. I feel I was in the wrong season. My season was boring and I couldn’t put my best foot forward. There were jodis and I felt left out because everyone had some connection with each other. I couldn’t show my real side to people which is very bubbly and lively, so if given another chance, I would like to show that side to people.”