Alia Bhatt and Ranbir Kapoor have been dating for over two years now and are going more strong than ever. Alia shares an amazing bond with Ranbir’s family and spends a lot of time with his mother, Neetu Kapoor and sister Riddhima Kapoor Sahni.

Recently Alia shared a photo on her Instagram story of her ‘date’ and it was not her beau Ranbir Kapoor. Alia posted a picture of the script of her next film ‘Darlings’ which will be produced by actor Shah Rukh Khan under his home banner, Red Chillies Entertainment and Alia’s company, Eternal Sunshine Productions.

While sharing the photo Alia wrote, “My date today,” with a heart emoji. She also tagged both the production houses in the photo. 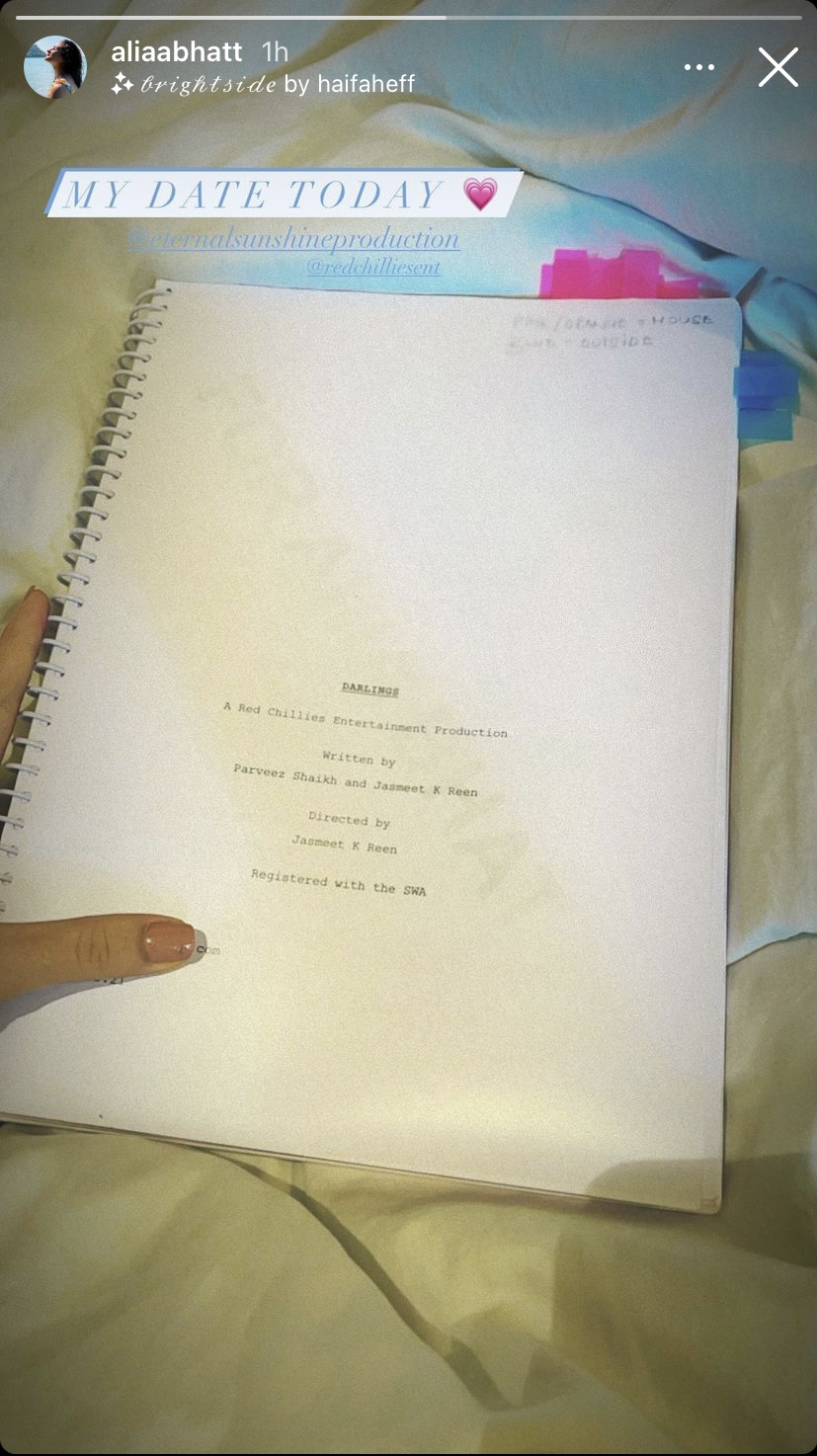 The announcement of the film ‘Darlings was made in March this year. The dark comedy is about a quirky mother-daughter duo featuring Alia and Shefali Shah respectively. It will also star Vijay Varma and Roshan Mathew in pivotal roles. Jasmeet K Reen will be making her directorial debut with the movie.

Alia shared the news on Instagram calling it a ‘special’ project as it will be the first under her production company.

Meanwhile, Alia Bhatt and Ranbir Kapoor recently wrapped up the shooting of their long pending film ‘Brahmastra’. The couple will be seen for the first time on the big screen with the film. The fantasy drama is directed by Ayan Mukerji and produced by Karan Johar under his home banner Dharma Productions. ‘Brahmastra’ also stars Amitabh Bachchan in the lead role along with Nagarjuna, Dimple Kapadia, Mouni Roy and others in pivotal roles.

Fans of the couple have been waiting for their wedding ever since rumours floated on social media last year. Ranbir, who was living with Alia during the COVID-19 induced lockdown last year said, “It would have already been sealed if the pandemic hadn’t hit our lives. But I don’t want to jinx it by saying anything. I want to tick mark that goal soon in my life.”

Well, guess fans will have to wait a little more for this wish to come true!