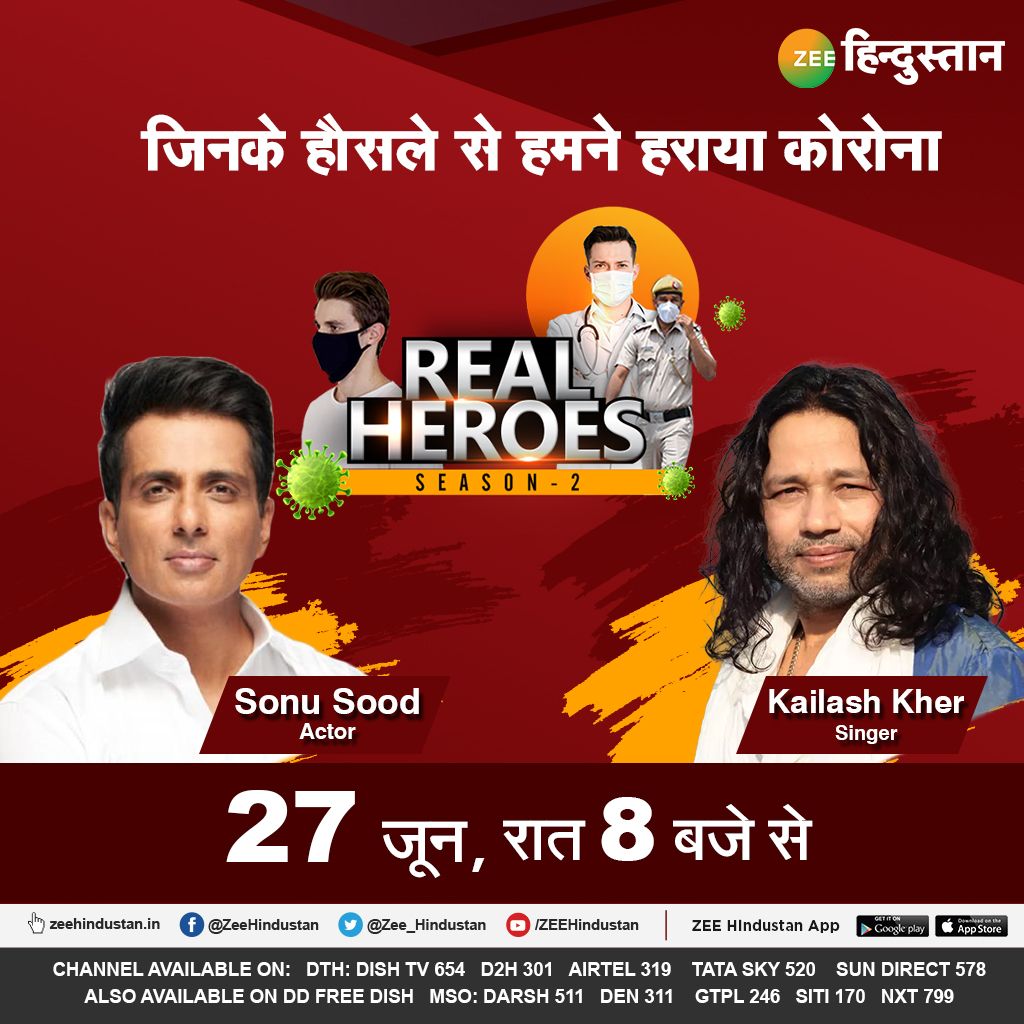 ZEE Media takes great pride in announcing Season 2 of its successful IP – Real Heroes. Last year ZEE Media successfully conducted the 1st Season of this initiative where it brought Actor Sonu Sood at the forefront along with other real heroes from across the nation who were inspired by Sonu Sood’s work and were going out of their way to help society to get through the challenges of this pandemic. Also Read – ‘Sonu Sood Ki Supermarket’: Viral Video of Actor Selling Bread, Eggs, Pav is The Best Thing to Watch on Internet

This 26th and 27th June, the major channels of ZEE Media that includes ZEE Hindustan, ZEE 24 Ghanta, ZEE Rajasthan, ZEE Bihar Jharkhand, and ZEE Odisha will conduct Season 2 of Real Heroes with an extraordinary panel of Actor Sonu Sood, Singer Kailash Kher, local celebrities and the corona warriors from across states to discuss their drive and inspiration to help people in need and to recognize their selfless efforts towards the society. Also Read – Shalin Bhanot Helps Sex Workers of Kamathipura, Thanks ‘Massiah’ Sonu Sood For Inspiring

Mr. Purushottam Vaishnava, CEO, ZEE Media said, “Real Heroes is a very special initiative by ZEE Media and is very close to the values of the organization. We believe that media being the 4th pillar of democracy has an important role in the betterment of society and hence the Real Heroes Season 2 will be way beyond the daily news bulletin as it will educate, inspire and motivate the viewers to deal with the pandemic with a positive attitude and empathy which are much needed in the current situation of uncertainty and chaos.” Also Read – ZEE Madhya Pradesh Chhattisgarh Organizes The Biggest State Event to be Held in All Tier 2 Cities of Chhattisgarh

Mr. Manoj Jagyasi, CRO of ZEE Media said, “We started Real Heroes last year with a simple thought of bringing light to the great work by the heroes of society during pandemic. But due to such great response from viewers we had to bring Season 2. Along with an engaging content we also had multiple ways to integrate our clients and we are extremely thankful to all our clients for believing in this initiative.”